The University of Alaska Fairbanks received funding through the Coronavirus Response and Relief Supplemental Appropriation (CRRSA) Act. This funding provides support to higher education students affected during the COVID-19 pandemic. The College of Rural and Community Development (CRCD) will receive $100,000 of this distribution, with prioritization given to “students with exceptional financial need.”

The funding will be used to support student success through scholarships through December 31, 2021.

Students may receive up to but may not exceed the following amounts:

Scholarships MAY NOT be used to lift student holds or to pay off existing student debt.

Applications can be completed online using the following link or you can download a paper application and submit to your CRCD campus/department advisor. 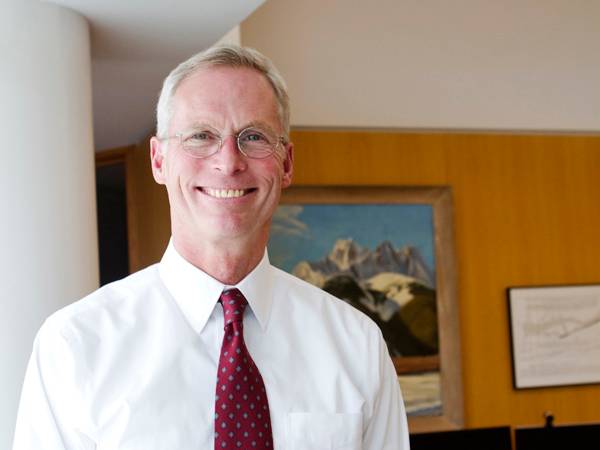 Acting President Michelle Rizk and I write to advise you that President Jim Johnsen has resigned as UA System president, a decision that was mutual and made after considerable reflection by the Board. The Board of Regents accepted his resignation this afternoon, authorized me to implement the details of his resignation, and appoint an acting president. President Johnsen will be available to assist with the transition until July 1 when his resignation goes into effect.

Vice President Michelle Rizk will serve as acting president effective immediately and until an interim president is named. That process is still being developed. Many of you know Michelle, who serves as the university’s VP of University Relations, Chief Budget & Strategy Officer, and serves as the system liaison for facilities and land management. During her 22-year UA career, Michelle has served the university in areas including finance, human resources, and as the university’s chief advocate in Juneau. Raised in Alaska, Rizk earned her undergraduate and graduate degrees from the University of Alaska Fairbanks.

Thank you, Michelle, for agreeing to serve in the acting capacity.

While we understand that a change in leadership can be unsettling, we are confident this decision, though difficult, is the correct one for the university. We ask that all of you throughout the university community recognize that the state and university’s current fiscal situation requires significant change, and that to thrive, UA must come together to address our significant challenges. We must move forward and work together to address these challenges.

In stepping down President Johnsen noted the many challenges as well as the progress made over the past five years.  He also reminded us that there is no institution more important for creating opportunities for Alaskans than the University.

I have long admired Jim’s commitment to UA. During his five years as president he has led the university through unprecedented challenges with integrity, unparalleled effort, and distinction. We appreciate all he has done for UA and wish him all the best in his future endeavors.

The Board will appoint an interim president after consulting with the chancellors, governance leaders and other UA stakeholders. The board expects that appointment to occur no later than July 15, and will commence a formal search for UA’s next president later this year.

Thank you for your patience and your dedication to the university.  Together we can not only address the challenges facing the university but emerge better prepared to meet Alaska’s higher education needs.

As the coronavirus pandemic has kept school doors shut for the last month, students have hustled from home to make sure they have everything they need to graduate. For Chukchi students, in some cases, that meant "hunkering down" to finish finals and wrap up their last bit of school work. Now, these grads are moving on to new horizons.

"It's always a great pleasure to recognize the hard work of our graduates," said Stacey Glaser, campus director. "Amid work, families and other commitments, they accomplish so much that's transformational and worthwhile for their personal growth and for all of us in their communities. I've always been inspired by this."

One student who had to adapt her workflow to new challenges was Kate Iten, who is graduating from the University of Alaska Fairbanks with a bachelor's degree in communications and a minor in Arctic skills. She grew up outside of Kotzebue and went to Mt. Edgecumbe for high school.

Iten returned home to open a coffee shop, which closed down last fall. She already had her associate's degree, but wanted a bachelor's, so she went back to school. She chose communications because of the flexibility it offered, she said.

"It was kind of a big broad degree where I could explore a few different things," said Iten. "One of my goals is to actually become a counselor. I'm not sure if I'm still going to do that or not, but I guess when you go for your master's a communication degree is one of the degrees that they'll accept for that."

Since the "hunker down" order went in place in Kotzebue, Iten has been watching her two young children full-time while also trying to complete her school work.

"It has been a little bit rough," she said, laughing. "It was kind of harder on me because I had them both at home all the time. It's very hard to concentrate. They're three and four right now. That made it a lot tougher, for sure."

One thing she'd try is turning on some cartoons in the hopes she could study for a few hours. It worked, but only sometimes.

When finals week hit, she knew she needed help. Her own mother came to the rescue.

"These last couple weeks, my mom actually came back from camp to help watch the kids so that I could finish up because I did have a lot of projects that I didn't have time to do," she said.

Iten said she probably couldn't have done it without her.

Fellow mother and student Kylene Lie is getting her degree from the University of Alaska Fairbanks Community and Technical College. She, too, credits her mom with always being a good role model.

She's grateful, she said, for "the support I received from my mom, financially, and always showing her kids that hard work does pay off and she never gave up on me no matter how confused I was," said Lie. "She just let me make my mistakes and learn."

COVID-19 has made this a stressful month, Lie said.

"We all survived," she said. "And that's the best outcome from all of this. We are safe and healthy."

Lie said she's gotten through school with the support of her family and friends and credits her kids with hanging in there even when times were tough.

"My kids are troopers," she said. "They definitely rallied through this with me."

Her words of advice for other students who might be facing challenges? "That you're responsible for your own success whether you achieve it right away or when you're 40 like me. It doesn't matter; you are in control of your destiny and make sure you like the path you are on because you will forever be the ultimate one in control."

"I started when I worked as a chemical dependency counselor trainee in the behavioral health department for Maniilaq Association," Sheldon said. "Once I got into the RHS program, I fell in love with the classes because they brought me not only through a healing journey but a heart for people."

Sheldon said she's thankful to be finished and is now motivated to continue on and get her associate's degree.

"I wanted to be just like my mom," said Shavings. "She's a health aide too. She was always busy working, even on my birthday, and on holidays, I would hardly ever see her because she would always be working and helping people in my village growing up."

Shavings said she only remembers seeing her mom once on her birthday — the year she turned 21.

Shavings had been enrolled as a student at the University of Alaska Anchorage, but left after a tragedy brought her back home to be near family.

Now, her goal is to work toward her bachelor's degree.

"The great aim of education is not knowledge but action," said Glaser, sharing the well-known saying. "Now, we'll watch where our graduates take action."

Congratulations to all of the graduates across the Northwest Arctic, North Slope, and beyond!

Shady Grove Oliver can be reached at sgoarctic@gmail.com.

UAF Annual Security Report is now available. We encourage all staff, faculty, students and prospective students to review the report and be familiar with the information included in the report.

Please contact the Center for Student Rights and Responsibilities if you have any questions about the report or the information included.

For more information on UAF Campus Crime and Fire Statistics

Scott West stands with his wife, Flor Maria, his son, Benjamin, and his daughter, Leah. - Courtesy of Scott West

Last year, five students graduated from the University of Alaska Anchorage's distance-learning nursing program through the Chukchi Campus. Scott West, 29, of Kotzebue, was one of them. His passion for nursing runs deep; he's always appreciated the field and was inspired to enter it after he found himself facing an emergency situation with little access to help. The Sounder spoke with West about his career path.

This weekend, Kotzebue's Chukchi Campus will be lighting up its halls for a special holiday event.

On Saturday, Chukchi plans to hold its fourth annual library fundraiser in combination with an open house for the college campus. Read more.

Communities across the Arctic spent Monday celebrating the first Indigenous Peoples Day since it was signed into Alaska law atop an oil drum by Gov. Bill Walker in Utqiaġvik last year.

In Kotzebue, the University of Alaska Fairbanks' Chukchi Campus held a daylong celebration filled with food, family and fun. Read more in the Arctic Sounder.